Cold Brew is the Key to Jenni Ruiza’s Heart 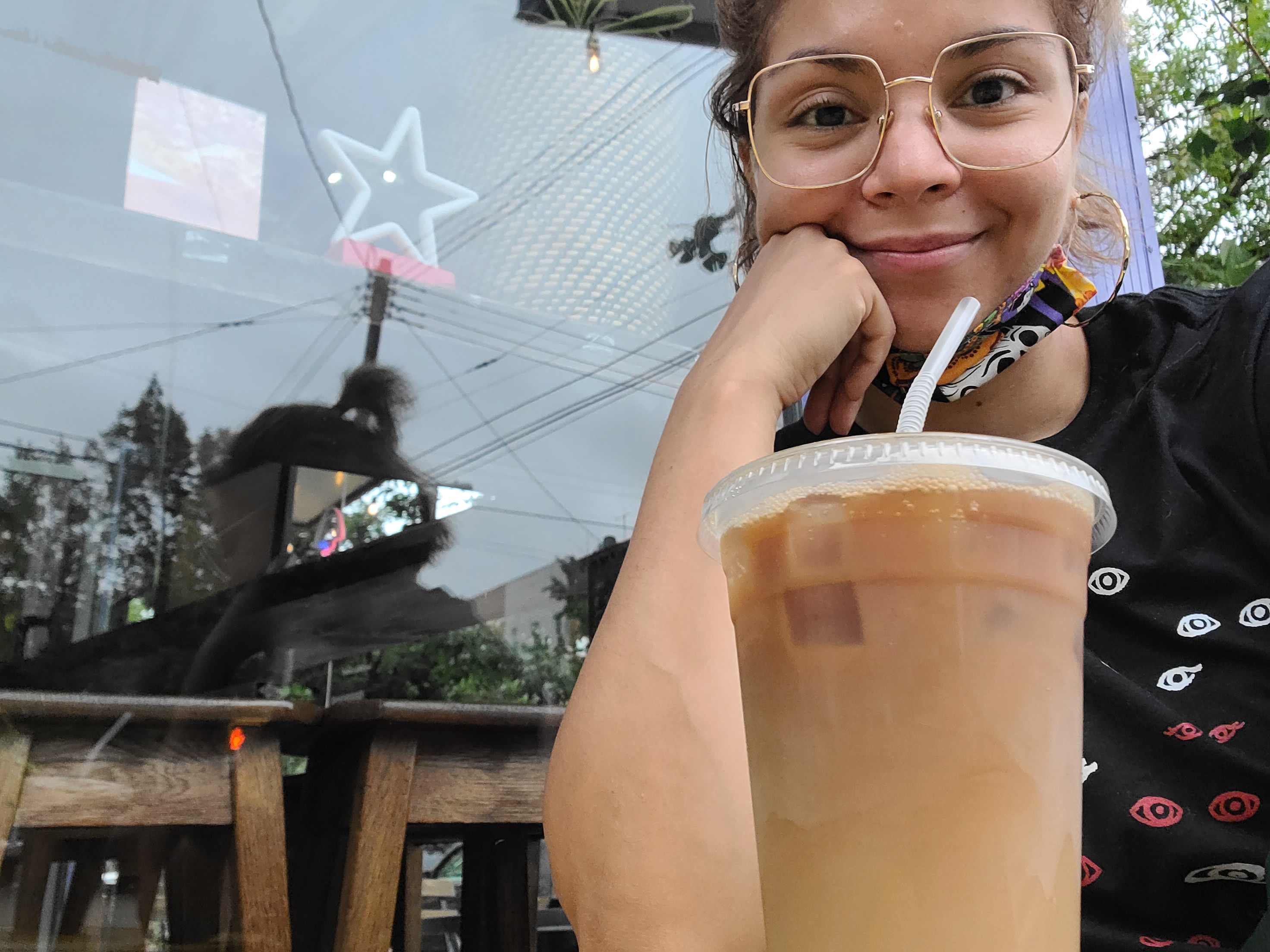 Jenni Ruiza was about five years old when she got her first taste of coffee: Her abuela would give her Cafe Bustelo (a staple of Latin households).

Nearly three decades later, Ruiza is still running on caffeine. “A dopio espresso got me through college, and I think I’m more cold brew than water now,” the Bronx-based comedian says. “Cold brew, to me, is like a warm hug.”

Ruiza’s love of cold brew is matched only by her love of comedy. A creative through-and-through, she’s been a fixture of the NYC comedy scene and has appeared on Funny or Die and Full Frontal with Samantha Bee in between creating her own filmed sketches. (Though don’t ask her to do stand-up: “I’m a stand-up failure,” she says with a laugh. “And I’m not embarrassed about that—stand-up is hard!”) Oh, and as is required by any creative career, she also co-hosts a podcast with West Coast singer/songwriter Duann Black: politiSIGHS.

Ruiza is also one of Odeko’s partners, creating social media content to showcase independent coffee shops in New York. Her mission was to get to know these shops inside and out, giving us a sense of their vibe, their mission—lifting up their voices, as Ruiza puts it.

There was one big problem, though: COVID-19 has made in-depth visits to coffee shops impossible. No leisurely afternoons spent lounging and writing at indies, soaking up both the vibe and caffeine; no long, close, in-person chats with baristas or owners. The solution? A Cold Brew Crawl.

Ruiza set out one hot Sunday in August to hit all the Odeko partners she could.

“I was so excited to go to so many shops in Brooklyn and Queens that I’d never been to,” Ruiza says. Sunnyside’s Mad Cafe, in particular, made a lasting impression. “The whole staff was BIPOC, there were dogs in there—it was just this great vibe, so welcoming.”

For sheer quality caffeine, though, it was the cold brew at Bushwick’s Public House (with oat milk—“I decided to be That Bitch”) that topped Ruiza’s list. They, too, had a vibe that Ruiza says made her want to whip out a laptop and get cozy.

As a creative, Ruiza has haunted plenty of independent coffee shops, working on projects like TV pilots “Smoking Abuela” and “StartUp.” (Ask her about them sometime.) Her cold brew crawl, though, gave her a new appreciation for shops that are not only immediately welcoming, but also want to play host to artists.

“Pre-COVID, I was constantly having meetings or writing in coffee shops,” Ruiza says. “I know what it’s like to spend your last few dollars on a cup of coffee because of a meeting.”

The coming together of artist and coffee communities is a classic blend that the pandemic has jeopardized. Plenty of baristas in New York, Ruiza points out, are performing artists with day jobs—both industries that have been devastated by COVID.

As cities like New York begin to open up, one way to foster a reconnection of these communities is to have perks like in-store refills on drip coffee and rewards like every 10th beverage being on the house, as well as encouraging shops to take advantage of outdoor seating while the weather is still nice.

“Pricing is everything,” Ruiza says. Pricing is one of the keys to diversifying a shop’s customer base. But, she adds, the current conception of independent coffee shops is overwhelmingly white. To attract more customers of color, shops should be hiring more diverse staff that understand the needs of the community and be showcasing that diversity in their community outreach.

“We need to start amplifying visuals that support the BIPOC community, where we’re seen holding cups of coffee and in coffee shops,” Ruiza says. “People want to spend their time and money with you, you just have to make them feel welcome.”

Making people feel welcome is essential to the ethos that Ruiza brings to all her creative projects, like politiSIGHS. “If I can get one person to the polls, I’ll have made a difference,” she says. “That’s all you can do, is just try to make even just one person’s worth of difference in the world.” 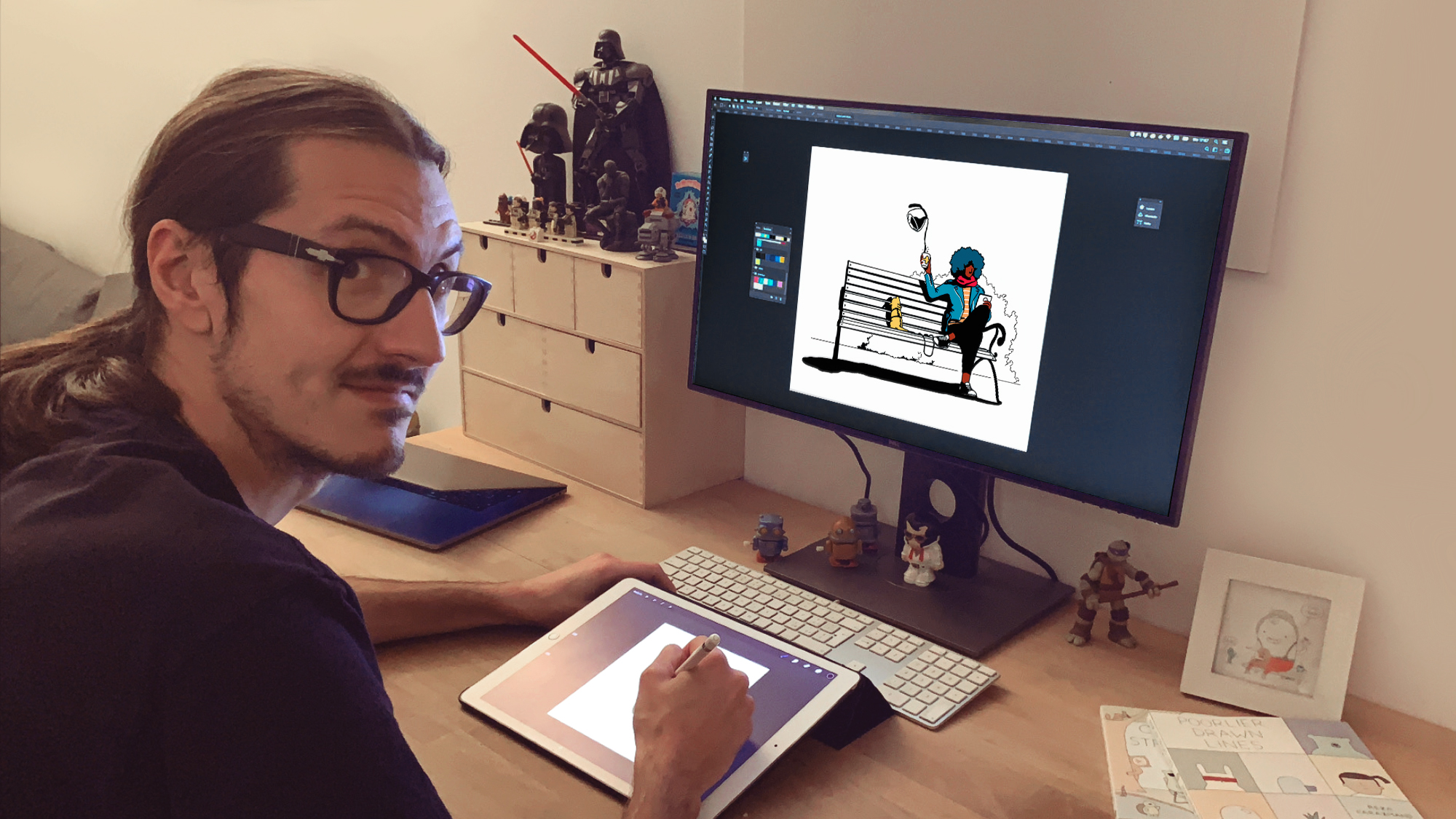 Odeko illustrator Federico Tramonte brings hints of the surreal to his delightful illustrations, the result of a new style he created during lockdown in Milan.